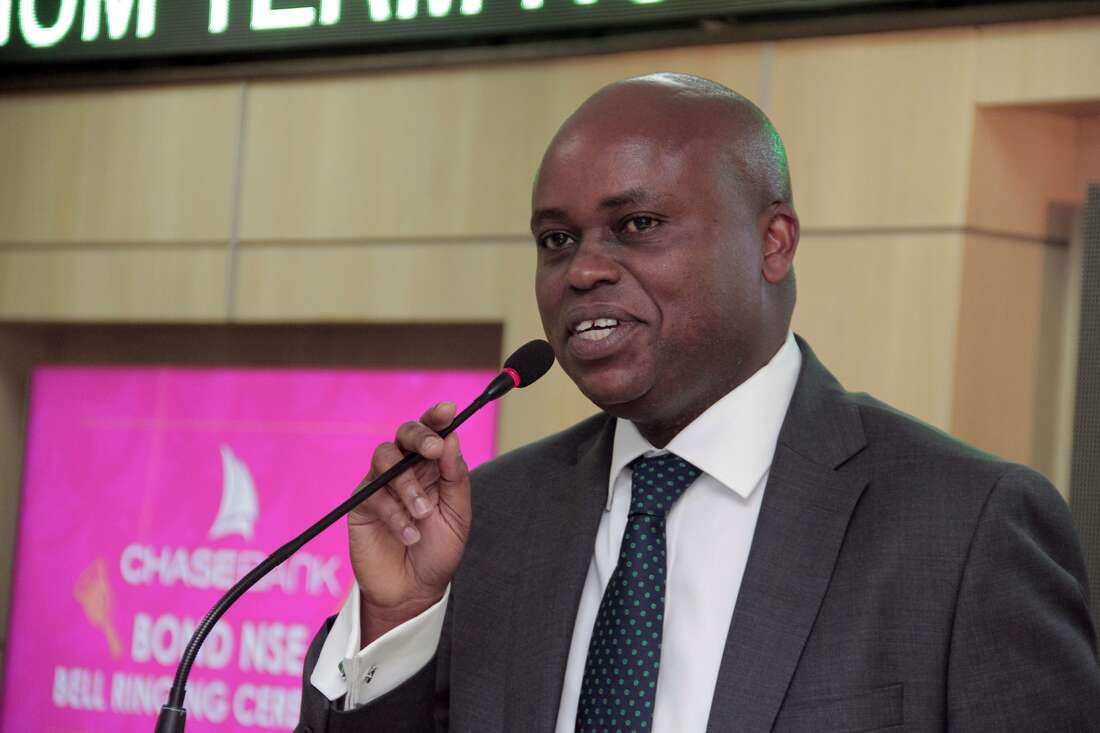 The Capital Markets Authority (CMA) has fined former Chase Bank chief executive Duncan Kabui 5 million shillings and disqualified him from being a director or key staff of any Kenyan capital market issuer for a period of 10 years.

The regulator also fined 2.5 million shillings to board members Anthony Gross, Laurent Demey, Muthoni Kuria and Rafiq Sharrif each for their role in issuing and using the bond.

All four were members of the Audit and Risk Committee. Mr. Gross was also invited to take a training course on corporate governance for at least five days.

Another board member, Richard Carter, was fined 1 million shillings.

“Deloitte and Touche, the reporting accountant of CBKL at the material time, was fined Sh10 million. Further, the Committee recommends that the conduct of the accounting partners during the respective audit periods be referred to ICPAK,” the CMA said in a statement.

A 14 billion shillings hole created by the loophole was only discovered in 2015 after the Central Bank of Kenya (CBK) ordered an IT audit.

Deloitte reported 14 billion shillings in interest receivable after a specialist IT team carried out work in response to the CBK directive in 2015.

This was odd considering that the interest receivable from the banks was not to exceed one month’s worth of interest.

Monthly interest from Chase Bank was 1.2 billion shillings, indicating that the huge debt stemmed from inherited issues, was overstated and could represent invalid and unsupported bank balances.

She said a dispute then arose over how to deal with the error and that Deloitte had asked the bank to pay the interest receivable or it would qualify the accounts.

Best and worst case scenarios for planning your financial future